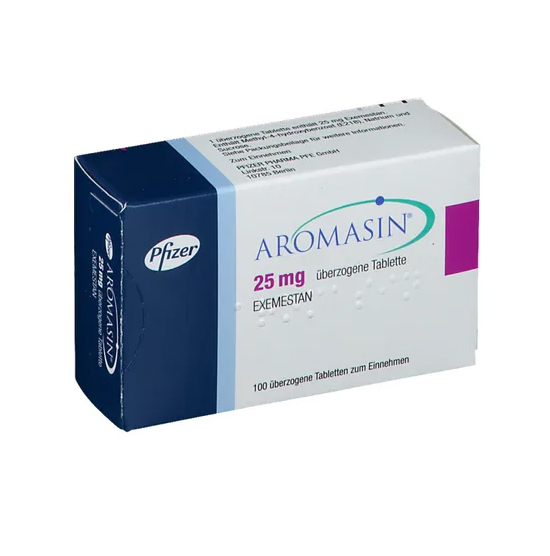 Please select product you want to buy & quantity from chawlamedicos.com and email to us at chawlamedicos@hotmail.com we will send prices & quotations to you. once you agree to buy , please send your details in following format :

shipping by EMS, payments by swift transfer to our company bank account , for swift transfer you will need invoice ,when you send complete name & shipping address , we will send invoice soon ,after you do swift transfer send us copy of bank transfer in english language so we can keep your parcel ready , it takes 2-3 days for payments to reflect in our account dispatch after we receive our bank confirmations. Delivery time 09-15 days after dispatch.

The Treatment Of Breast Cancer.

Exemestane was approved by the U.S. FDA in October 2005. The drug is commercialized under the brand name Aromasin by Pfizer and is used as an adjuvant treatment in postmenopausal women who suffer from estrogen receptor positive early-stage breast cancer. Women generally begin taking exemestane after they’ve been on tamoxifen for two to three years, then switch to exemestane for two to three years, for a total of five consecutive years of adjuvant hormonal therapy.

The FDA’s approval of the drug was based on a double-blind, multi-center, international clinical trial that included 4,724 postmenopausal women with early-stage breast cancer, known as the Intergroup Exemestane Study (IES).

“After a median duration of randomized therapy of 27 months and with a median duration of follow-up of 34.5 months, DFS [disease-free survival] was significantly improved in patients who switched to exemestane compared to those who continued tamoxifen,” according to the NCI. “In the hormone receptor-positive subpopulation representing about 85 percent of the trial patients, DFS was significantly improved in the exemestane arm compared to the tamoxifen arm.”

The same study indicated that the most common side effects of the treatment include hot flashes, fatigue, joint pain, headache, insomnia, increased sweating, hypertension, and dizziness. Rarer adverse events, such as heart problems, can also occur.

Before your doctor tends to prescribe you please ensure it is aware of any sort of allergies you have.

Dietary products because lactation in many people who are on a regular dose of hence intake of such products should be avoided.

Some FAQs about Aromasin 25 mg Tablets

What are the side effects of AROMASIN?

The most common side effect of AROMASIN are as under: 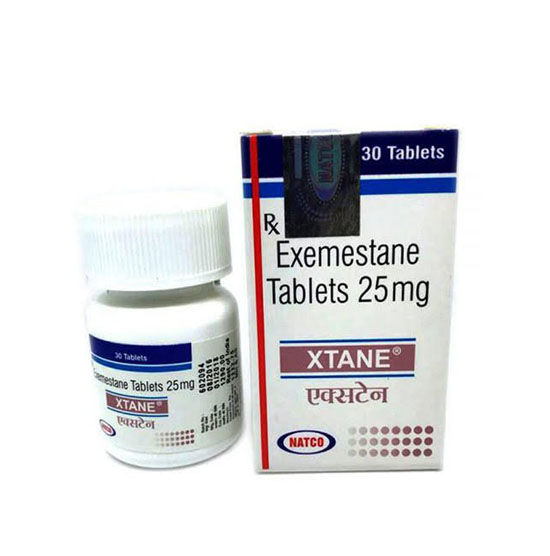 Chawla Medicos only express opinions and provide information. All Trademarks, Brands and Service marks that appear on this website belong to their respective owner. We do not recommend any drug or give medical advice. Whether a medication is right for you is a decision between you and the prescribing doctor. The content of this site should not be a substitute for professional medical advise, diagnosis or any treatment. Above information is meant for: Wholesalers, Suppliers, Doctors, Hospitals, Clinics, Resellers,Medical Institutions and Pharmacies.